The PureLow panels have been created to extend your systems frequency bandwidth down to the lowest frequencies. All the way flat down to 10hz and extending upwards as far as 400hz. So they perform the same function as sub-woofers. The comparison with conventional subwoofers ends there, though.

For one thing, they are panels and although quite large at 126cm wide, and 99cm high for the GR model, it is only 12cm deep.

Also unlike conventional subwoofers, they are very easy to place in your room. Along the side walls adjacent to one of your main speakers, behind a main speaker or between the two main speakers, are typical examples of where they’ll work well.

They can be had in any finish; just specify the RAL colour reference

So what exactly do I mean by “bass transparency”?

Highly transparent mid-range and tweeter speaker drivers are the norm in High-End audio.

From Electrostatics, Horns, Magnetic Planar, “Full range” Ribbons to Bending wave. Attempts are made to extend the transparency of these drivers as low as possible, with various degrees of success. More often than not, they are combined with conventional woofers/sub-woofers. Though this never results in lows which have the same transparency as the wonderful mid-range and tweeter transducers, they are used with.

Do we even expect “transparency” in the bass? Do we know what it sounds like? If you attend live music concerts, of course you do. We’ve come not to expect or even demand it from our systems though.

Enter Pure-Low. It is a dedicated Bass panel transducer designed for the sole purpose of producing the most realistic bass possible. Not an extension of an existing dipole panel speaker technology. Pure-Low is extremely difficult to produce and needs to be assembled with the same care as a musical instrument. The result though is a very solid and reliable dedicated bass panel, which can be successfully combined with any equally transparent speakers in the upper frequencies.

In fact the Pure-Low extends all the way up to 400hz, making it even possible to replace the woofers from existing systems, where those can be easily disconnected, as with speakers designed for bi-amping for example.

There is no built in amplfier or crossover in the Pure-Low. So the customer needs to purchase these items seperately. External crossovers do provide a great deal of flexibility though, and are far more convenient to adjust when placed in the same support system as other components, such as pre-amps and DACs. There is also far greater flexibility of placement for the Pure-Low than any “sub-woofer” we’ve come across.

So what does transparency in the bass sound like?

The human voice is now extended fully to its lower regions. Full articulation is now provided in those regions, making words easier to understand. It’s not just a matter of being able to hear the chest of a singer. There is now meaning and expressiveness in the lower regions that was previously obscured. Just take any Pavarotti recording to hear what I’m talking about. Baritone and bass male voices will be even more dramatic. Female vocals too, benefit from this added transparency lower down. Some singers whose voices you might have thought of as light-weight, convey far more power than you may have previously thought, when you hear them through the Pure-Low. Go back to your previous bass/sub bass system and those voices appear disembodied in comparison, no matter how good the system may have previously seemed.

Of course, my comments on the human voice apply equally to every instrument. It is just easier to describe the effects of the Pure-Low with the instrument we are all the most familiar with.

Once you descend to the frequencies that are more “felt” than “heard” it no longer makes sense to speak of “transparency”. With a frequency response that extends flat to 10hz; put on a cathedral organ recording and you’re in the cathedral, as long as your main “sattelite” transducers are also up to the job.

With Pure-Low Bass Panels, finally our systems are complete! 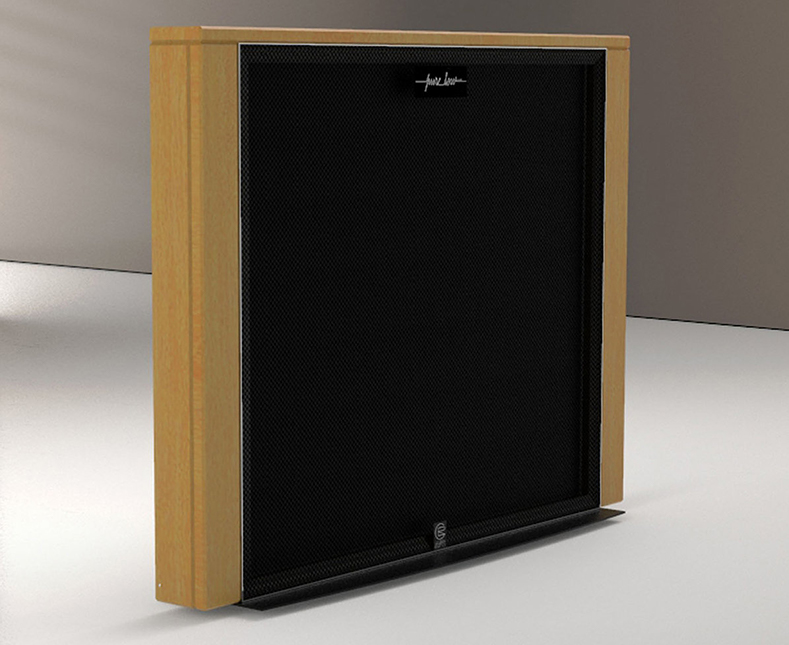